croc_stomp from Lachlan Creagh on Vimeo.

Rough night drawing....tail a bit indeterminate..
bit fast and waddle like for a real stomp but didn't know what else to call it

sketchy_run from Lachlan Creagh on Vimeo.
Posted by lach at 2:04 AM No comments:

Rusty at the Dust Temple

Well I went to life drawing  last night at the Dust Temple at Currumbin.
It was really nice.
My drawing sucked though until about the last 15 min. 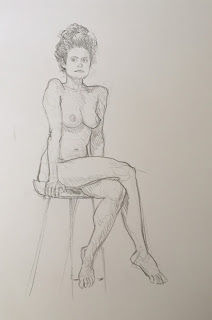 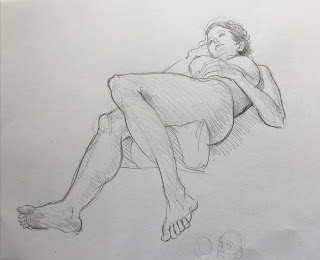 As usual first time back after about 6 months....its like going for a jog after a year of not jogging- painful.
Worse though is dragging brain kicking and screaming to pay attention and draw what you see.
I think I initially thought- "just be loose, don't stress too much- if it doesn't look like it should imagine you're Brett Whitely and you meant it distorted"
but then realised I wasn't looking properly as you need to- didn't have any rhythm or awareness that you have when things are working...

Initially ,white waiting for the model , I looked around and it seemed like the room was entirely filled with attractive/stylish women...then thankfully a few guys (who were older and more crinkly than me thankfully) turned up and I thought "oh thank goodness (I'm not this lone old guy)".

Actually Dust temple itself is pretty nice, Rebecca the convenor was friendly, and they had great live music, AND there was a little plate of cheese and dip-.
Its kind of like the reverse of the cantina  in Mos Eisley-
its this cool little bar in the middle of an area of scum and villainy..
..well patch of urban/industrial wasteland anyway.

anyway because I sucked there not much to show....probably shouldn't have sat at the foreshortened end of the models recliner(it was so busy there was no alternate viewpoint to move to
...lesson learnt


while we are here- some life drawings from the last sculptors session probably 5/6 months ago....didn't do too well that night either...
determined turn it around 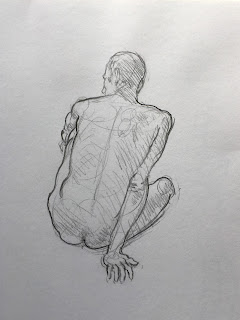 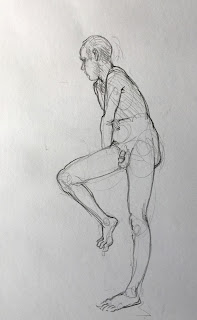 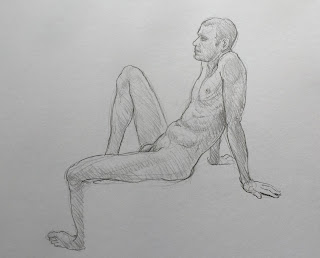 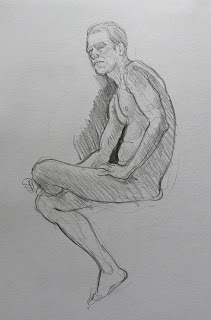 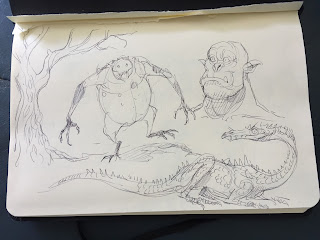 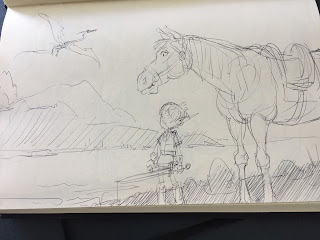 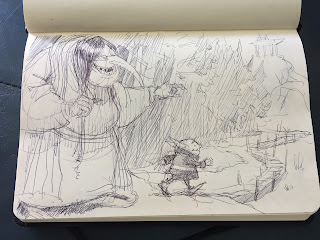 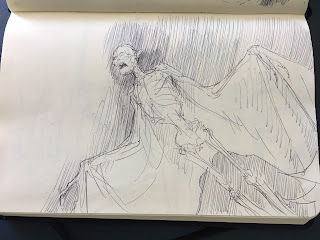 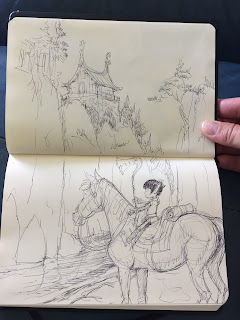 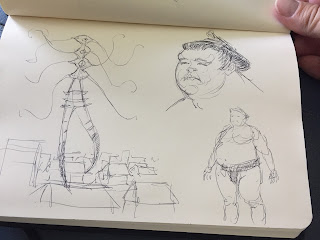 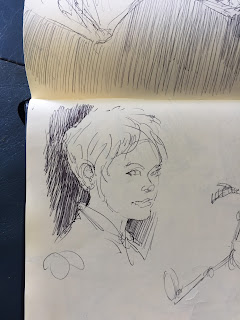 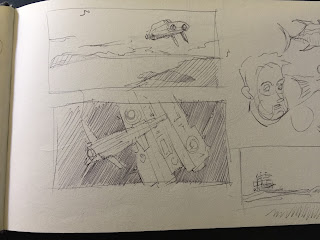