I have 5 days to finish a third wombat book.
Is it possible?
Who knows?
Here's a page in progress.
and a cover progress.
I probably won't post much more because I know they like to keep things a surprise.
But hopefully it will be the most colourful wombat yet.

Here are a bunch of roughs for little Mates Z (Zippy Zoe).
Zoe is a zebra finch who zips around and visits a zoo to see a zebra.
Then she falls asleep and her friends try to wake her up.
I had her falling asleep accidentally on a lions nose- that way her friends frantic efforts and dialogue to wake her up made sense-plus she goes to the zoo- a lion is logical and acceptable right? 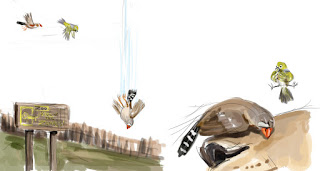 So it won't look anything like these roughs- which I quite liked given their economy of brush stroke. 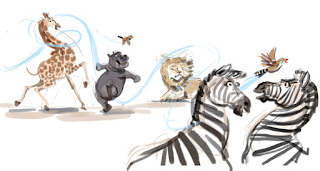 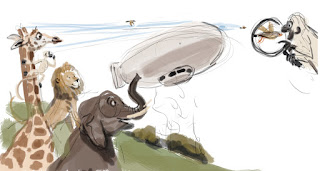 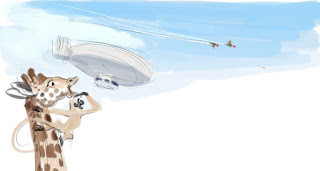 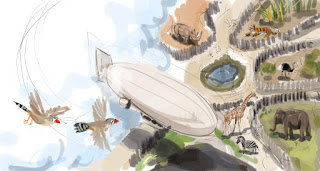 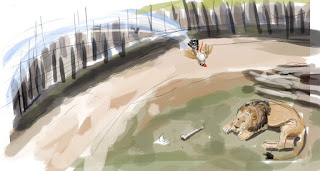 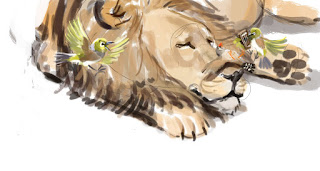 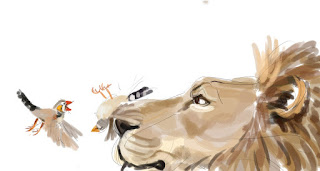 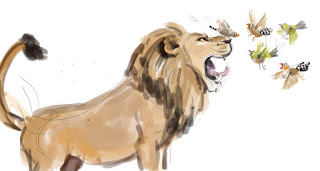 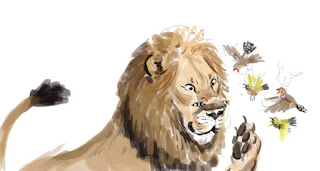 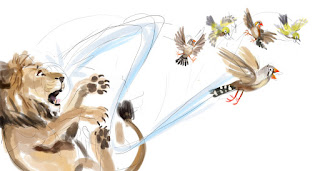 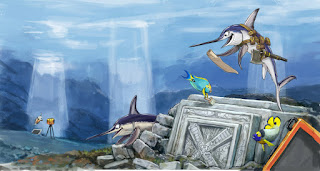 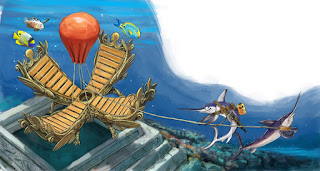 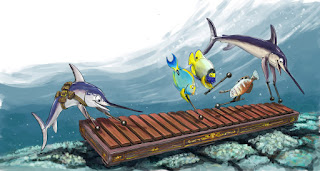 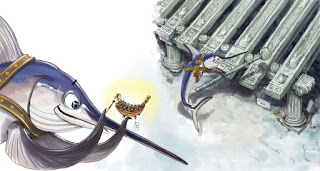 dinosaur hunter cover 8 needs  work/rescuing.
Won't post it just yet....need to fix it but when? 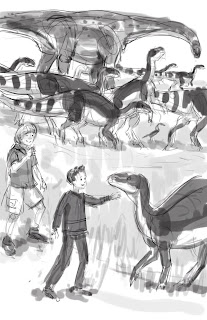 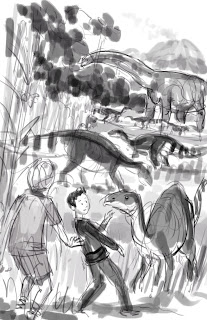 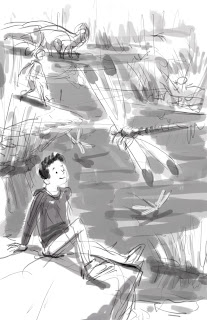 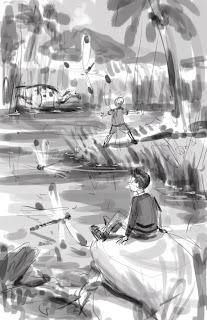 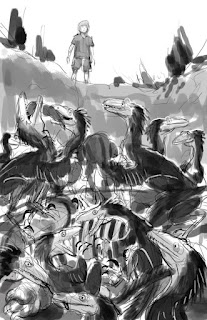 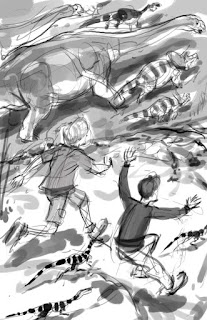 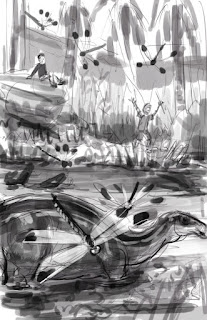 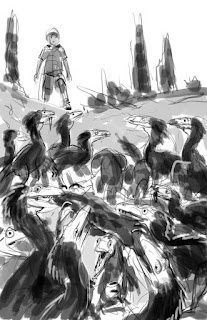 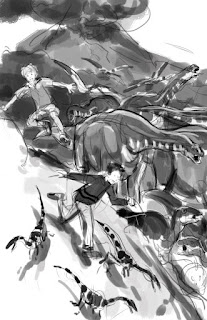 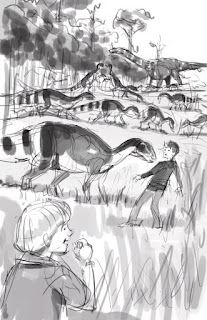 Sandcastles and the sea.


We are the sandcastles.
Life is the sea.
In the end each wave strips everything away.
Scatters it.

I had a dream on Sunday of a giant cloud of fire spreading on the horizon- like a pyroclastic cloud- but fire. I could see how fast it was travelling and I knew we had to find shelter but of course there is none. But what is interesting is how real the vision was-considering I haven't seen anything like it really.
Like when I was about 4 having a dream of waking up and going to the front glass door and seeing the skeleton of a horse walk up stop and look at me then keep going- but very real and I remember it still,
I think I might have sleepwalked as a child which could explain why walking to the door was so real- doesn't explain the dead horse or how I could know what its skeleton looked like.
Or when I was twelve- a dream of a nuclear strike on a city- I and everyone killed but transformed into  points of light in  a kind of 'out of phase'/'out of plane' view of the destroyed city- and these strange creatures hoovering up the 'souls'. But they were not angels or devils,not a religious vision - but weird sort of energy vampire things that fed on suffering or life energy- like parasites that provoke war in our world so they can feed.
But again very real. (Unlike the usual sort of dream which I normally sabotage mid dream by realising they're not real.)

I'll post some more work in progress.
Possibly once I finish these last books I can rebuild my web presence, my blog, and my social life as I have neglected my friends and people I'd hoped to befriend as I've staggered to the finish line the last 8 months.

Actually sometimes when I'm drawing in public people ask if I was always good at it. Having found the drawings of mine that my mother had conscientiously hoarded the answer is "No", and possibly "never", but a constant has been the drive to keep going. that seems to be all there is.
It looks like it was all good until about 5 yrs old .........then this patch until now. When I start my own stuff again I will try to regain what I lost when I was 5
Posted by lach at 5:00 AM No comments: 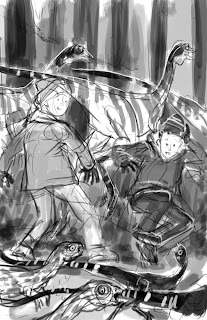 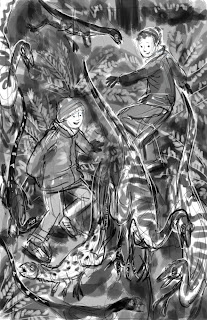