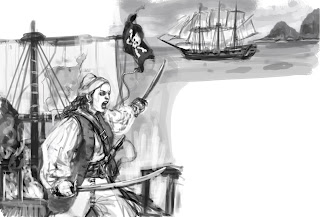 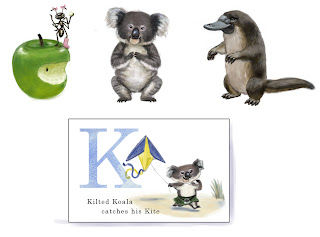 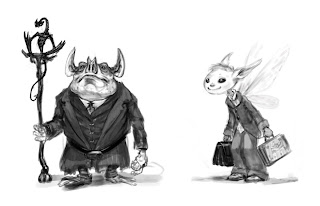 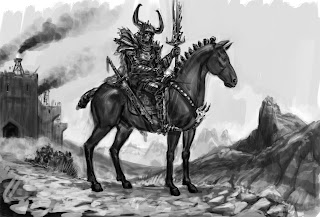 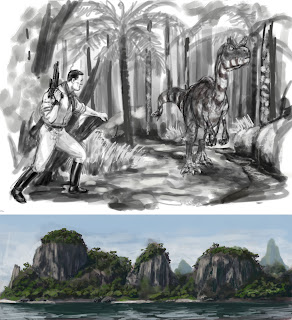 A couple of thumbnails that dreamed.
As Milenko would say 'Good riddance ' to 2008. Hurrah for 2009.
So yes....lets Try that again thanks.
You never think of yourself as old- until confronted by certain ugly realities.
Somehow I just haven't bothered listening to music much in the last couplel of years or buying it. Then in an idle moment I put a Ramones CD on (even the fact that I use a CD player is sort of damning proof of age- but more proof that I'm sick of repaying for music I already own).

Then I realised-these songs are nearly 30 years old. Doesn't matter that they're the real deal and far superior to the whiny Emo payola punk apings we are subjected to these days
Sigh.

Fortunately my 1 yearold son and 3 year old started spontaneously dancing around to it.
So there...there is hope for a another generation, and hope for an old timer.

So where's the art tie in? It is after all the art stupid.
Well for a long time I've wanted to do a pin up series of images based on songs or inspired by them.-ie for example "Big exit" by PJ Harvey or "Goin out West" by Tom Waits are two I plan on. So maybe there'll be some of that soon. Its odd I've been drawing but not drawing lately. So the lost world thumbnails are part of that first couple of days of ugliness before my head gets in the right place again.
I also have reams of thumbnails on paper to go through and maybe translate into human. 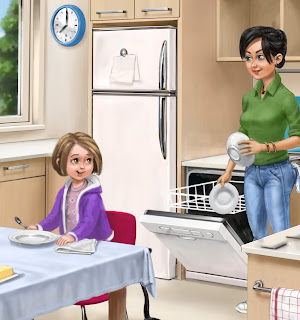 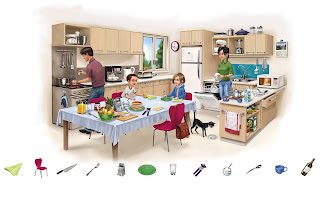 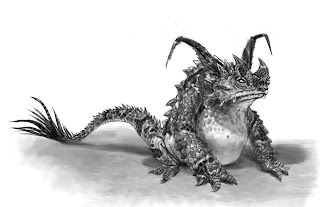 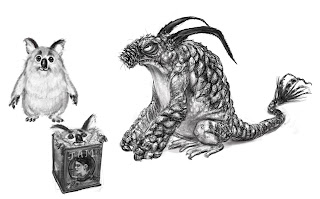 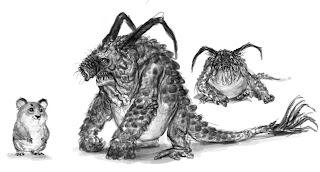 I went and saw that Australia film, and well,
I thought it kinda sucked. Un endurable really.
Was it the cartoony characters and stage show acting? was it the confusing camera cuts? Was it using Judy garland and the wizard of Oz(YES)? was it the 50's musical gung ho man ship? was it the bizarre appearance of characters out of the blue checking peoples pulses? Yes all of that and more gave me the shits.
Certain shots looked quite good - others looked plainly like characters over a matte painting with no parallax.
David Gulpulil on the other hand in his brief moments exposed the rest for what they were doing- hes so convincing and brilliant.

So hows about an Australian film- and why not since god knows what became of where the wild things are.
So I'll get in beforethe rest of the world-
here's an initial drawing of Bottersnikes and Gumbles, the Australian film I long to see(or make).
This initial idea of the characters is a bit off- its hard to escape Desmond Digby's version. I think his gumbles are sort of supposed to be like koala's but often I thought they looked like chairman Mao...oh well, so mine is a little koala-ish but trying to translate his idea.
Still, 'cop that' as they say. And I'll try try again.
Posted by lach at 3:05 AM 6 comments: