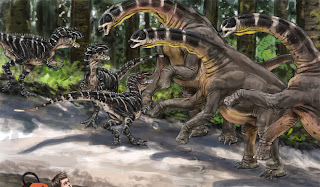 WIP snippett.- These are supposed to be "Elliot" type sauropods...with allosaur type therapods attacking.
Actually I should warn dinosaur tragics out there that the number of toe claws on the various titanosaur type dinosaurs probably wont be correct- although I could possibly fix this in the week ahead.
(Actually who am I kidding? I have 28 followers who might visit and read this... and maybe some people who did a search for "Yuki Onna" or "Ammut "  or "Minge")
anyway...
Likewise they are a bit dumpy- sort of shorter necked than they probably would be. This was done in the interest of fitting them onto the pages and having heads big enough to see them
- but also Rhoetosaurus and Saltasaurus and Jobaria seem a bit dumpy this way too- so I think they're still in the realm of plausibility.
So in a way I'm lucky they haven't found complete skeletons yet.
All of the dinosaurs are supposed to be from australias distant past- but then if you pick a particular moment in time there will be some stragglers from previous times- transitional forms....and precursors to future animals.
Actually Australia seems to be an historical last refuge for many stragglers in time. I think they found evidence of some dicynodont in Tasmania recently - much later than they expected them to still exist.
Actually even platypuses and cassowary to me seem very ancient and primitive  survivors from ancient times.
and not forgetting  lungfish.
So thats my excuse for variation between my renderings and any particular skeletons- although I've tried to keep things in the ballpark of what I can find that they looked like.
Posted by lach at 4:16 PM No comments:

As I said before- it seems my ability has left me in the last month or two .
Hence lack of posting.
Fairly cruel when the one thing you always wanted to do you now are marginal at....in this case  drawing dinosaurs.
Initially I had really nice roughs- some of which I posted. I actually liked them as they were. Then in the process of doing more detailed drawings- they were still rough- I imagined I'd be able to do rough colour and then fix the drawing up finely. Bad idea. The bad drawing just got coloured lipstick upon pig style. Then I thought maybe it mightn't look so bad with a loose look. Then later I'd look at them and see the mistakes and realise they were loose and wrong as opposed to loose and good.
But then it is a kids book and the publisher didn't actually want the sort of full on rendered dinosaurs anyway.
Thankfully.
The last 2 weeks my dads been in hospital and I've been looking after my mum- which put an extra spanner in the getting things done works.
so hopefully in the coming week my ability will come back and I can fix the pages into semi respectability.
But my years of avoiding doing environment art has come to haunt me - if it were just drawing and colouring dinosaurs everything would be sweet. But the backgrounds could or in fact  have been a descent into madness. But then they actually need to be simple- so's not to distract from the characters and the dinosaurs.
Wish me luck. 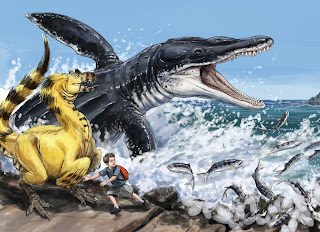 Each little mates book I try to do things a bit different or different from the last couple of books at least. Here a re a few pages from the father's day book. Whats different? I think I tried to make it not as dark and not so laboured- bigger simple images. The next book is a christmas special so I guess I'll have to go over the top with that one. hopefully I will have rehabilitated myself back into drawing well by then.(or better). 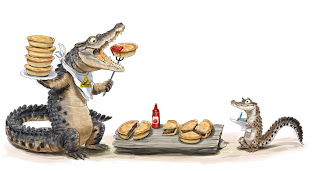 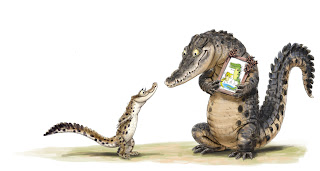 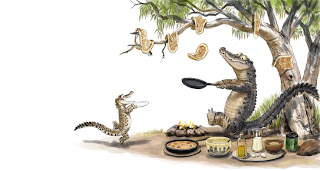 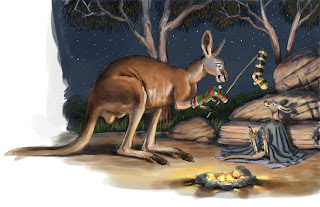 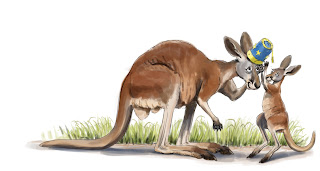 I'll try to go back to life drawing and get stuck into that I think-the times I've ever improved were when I did intensive life drawing.
Posted by lach at 7:09 AM 1 comment:

Done dirt cheap.
Looks like my art skill has left me the last 2 months. I need to spend some serious time just going over the basics and practising. Its weird how it leaves you when you are in the thick of it. 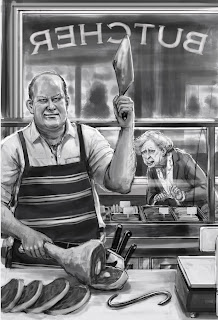 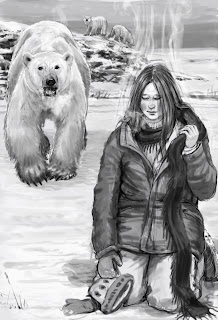 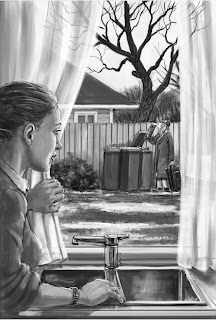 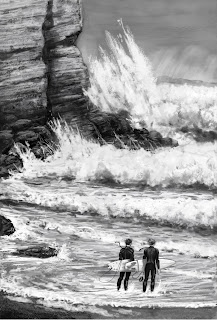 So here are those OUP images I had roughs for a while back.
But they're still rough! But yet they are finished....its a funny old world.
With the polar bear one-what does a Canadian rubbish dump look like? I don't know- what do Canadian women in rubbish dumps wear....I have less idea.
Still I don't let that stop me . Fear is the mindkiller as they say in Dune.
Posted by lach at 6:57 AM No comments: