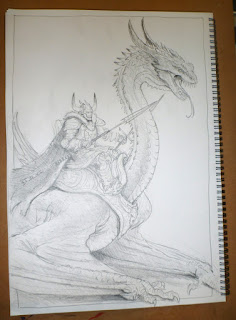 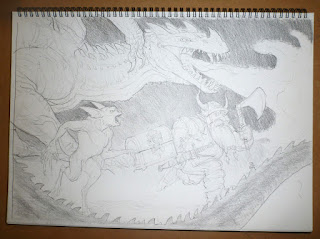 Well another Supanova survived.
Once again its the people who attend and those who dress up that actually make the event- all of the exhibitors(like me) and whatever 'special guests' they have are just the sideshow- its all those crazy lovely people who get dressed up  and/or share the love.
I think they're people who are interested in alternatives- and how things could be...I hope so anyway.
Thanks be also for my fellow artists alley artists who are also clearly good people- maybe its like the secret brotherhood of "carnie folk "- anyhow  I like the way everyone looks out for everyone else amongst the artists.

So I sold a few of each of my books- if I had dug my Wombat went a racing softcovers out I might have sold more.
However many wombats I'd been given by Hachette to give away with a book- thats how many wombat books I sold because I don't have any left..

The dreadful rain I could have done without..... I could also have done without my shoes falling apart in the rain and splitting and letting in all the rain as I raced my trolley 250m to the car park and back.
Driving out of Sydney at 5 in the morning in the dreadful rain was a bit hair raising in parts too.
Once again the bit around Coffs harbour was awful on the trip back.
I stopped in at Bangalow on the way back for something to eat- there is a beautiful little art supply shop there- so if you are there look out for it.

I had a few people asking if I had an online store(!)...well not yet.. but I was planning as I said to redo my website etc...so maybe the time has come and maybe at last I have enough books etc to sell..

I also met many wombat devotees(of real life wombats) and dinosaur devotees - it was very nice to get a positive response from true believers- thanks to you guys (incl Paleontologist.degree guy and Australian Dinosaur Museum girl).
Fingers crossed also that the mysterious ladies from Taronga Zoo get them to stock my books.
I also got asked about more dinosaur rocks type things- well I hope so-( I think with publishers its sales of the first one permitting)-  but it was on my to do list of self published things regardless- and I still wanted to do the original story. I think people were still discovering it (Dinosaur Rocks) existed by some of the reactions- so thats good- and shows that trying to show it(and my other books) off at Supanova's is a good idea.
Posted by lach at 4:52 AM No comments: 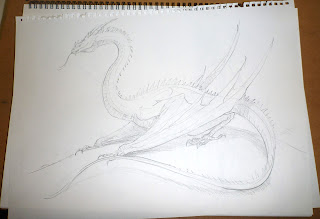 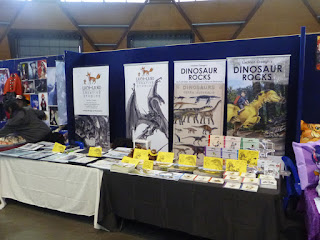 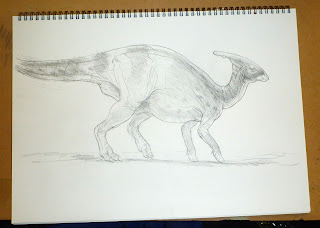 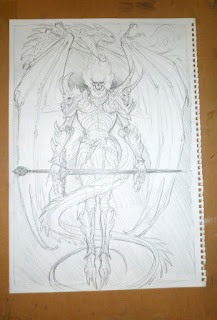 A few pictures from yesterday. I actually did 2 other dragony pictures- which I sold and forgot to get a photo of. I also found I had brought everything- except a rubber(eraser to any americans).
So they are drawings without rubbing out- which is hard when you are accustomed to ctrl-z.
Although the ctrl z in my case is actually because my cintiq is old and has such a rubbish response/resolution that I get bad stepping or jaggies in its interpretation of my line- so I have to try and do it again to get a clean one without artifacts. So I need the new cintiq.
Anyway...
yes I have done that winged skeleton guy before- but I didn't have a rubber so I thought I'd stick to easy (ugly and spiky is easy- beautiful face=hard)

From my very scientific observation it appears women like wombats, and kids like dragons.
In fact kids want a dragon book- which I don't have....yet.
I met John Cox and Che Baker- both had exciting news. Che's book is coming out shortly/nearly finished- quite an undertaking- so he must be pleased its at this point now. John had interesting dinosaur related news- fingers crossed for that. 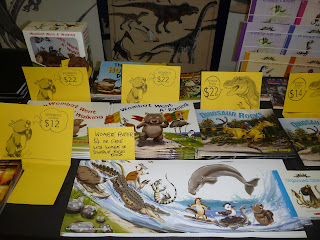 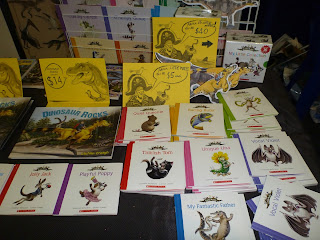 Poor blog has been a bit bereft of imagery lately. I had in fact scanned in a bunch of my little sketchbook/doodly drawing with thoughts of posting a few but I havent had time.
Tomorrow is Supanova.
This time I have bought a whole swag of books to sell,- in a mix up they were sent to the wrong address and I had to drive to Brisbane and back to get them on the eve before leaving for Sydney.
I was actuallly progessing pretty well  with Little Mates "Y" before I left-so I hope to have that done next week.
I had thought maybe I should have volunteered for the One Word One Day in Brisbane next week- its probably too late. I realise its for a good cause but it strikes me as odd that the ASA which purports to stand up for illustrators is asking them to pay money for the chance to  go and spend a day  working without being paid and let them sell what you produce.
I think its the "paying them so I can do free work for them" in particular that gets me- I can't just donate my time/ work- I'd  have to pay as well... so maybe not- I think I had better  finish Little Mates

Anyway-
trip down-I love all of that bit near Yamba/Grafton.
I hate that bit near/at Coffs Harbour- to the point where I'm considering going inland on the way home..
The road to Sydney south of Newcastle reminds me of the surface of the death star- its as bumpy and  is visually the same patchwork effect.

Within about 4 hours combined in Sydney I managed to spend a fortune on books.
Kinokuniya is awesome- but so densely packed with only book spines showing that I think you'd have to go there looking for something specific.
Looking at the sea of children's books they have (with none of mine on show) is probably not the best pre supanova confidence boost- kind of makes you think your book's chances of being seen are better by taking them to the beach and throwing them into the outgoing tide.
I bought a stunning book called Rainforest Country- an intimate portrait of Australia's Tropical Rainforest by Kaisa and Stanley Breeden. Such beautiful colour and natural forms-of the sort that fascinate me- just beautiful and stunning- in the "take my money" category.
I bought a moleskine sketchbook-  my first one- as previously I feared only tossers bought them to be fashionable.
When I got the plastic off, back at base, I found it had the most disgusting tactile exterior surface- I magine if you will a sweaty vinyl car seat- or a lubricated insurance salesman's handshake- this then is the moleskin cover.
I feel sure moles are not disgusting in this way if you pat them.
Today I met with and had lunch with the good people at Hachette- (they were paying so in relative terms I have hit the big time)
- I think they were in a hurry to get back to work or at least give the appearance- but I'm not sure if they realized the great personal sacrifice and restraint I showed by not asking for dessert at a"french" restaurant.
Its funny this whole appearances thing
- if only I had said "No, No.... I AM a starving artist- I AM desperate, you must all wait...and watch!....bring me the eclairs!"
( except I guess my waistline gives a lie to the starving artist bit)
Note to self- in future order sweets first.
. It seems Wombat is doing well . So that news and the great cheer given by Hachette has buoyed me (after the downer of seeing the Game of Thrones like "Wall" of books at Kinokuniya).
When I told them I had ordered Wombat books in the hope they were the ones with the plush wombat, but had guessed from the weight of the parcels that they weren't. They said "no- they're not out til October"-(image- Lach with sad face) "But we have wombats we can give you". (happy Lach with 2 bags of wombats.)
I mostly got all my stuff to my table this afternoon- forgot the table cloths/cover- so I have to do that tomorrow morning. Also need to sort folders/fill folders too- so a bit to do yet.
Posted by lach at 4:15 AM No comments:

Well - I didn't finish it in 5 days- but- a week later than that 5 days I am very close.
I received a letter from Hachette saying they'd reprinted 3000 more Wombat went a Walking and 8000 more Wombat goes a Racing. It seems the second book is where the first one was after a year in couple of months.
Which is good! and I suppose its why I was allowed another week for this third book.
I am very looking forward to finishing this book and pouncing on the last Little Mates books and finishing them. Very quickly.


Postscript- It was done last Friday- but had immense trouble uploading the last 2 files to their servers.
Hopefully officially done now. Haven't received any emails asking where stuff is- so that's good.