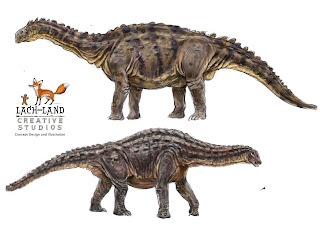 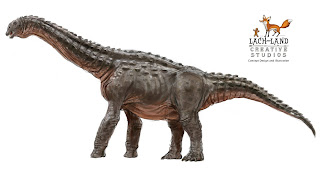 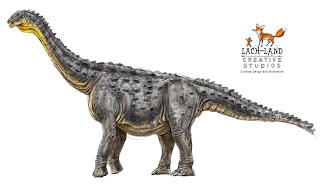 Well after a fair hiatus the dinosaur book is once more upon me. Here are a few explorations for Diamantinasaurus. Its described by the Age of dinosaurs people as possibly being a bit hippo like in habits- but the interpretations of what it looks like that I've see images of  seem wildly varying. I guess they need to publish more bones- but in the meantime I'll have a go. Actually I liked the more short necked, short tailed stocky creature I had in my roughs- I might revert to that- but I'll have to do it quickly-the race is now on to get the book done.
Had a check- looks like the two lower ones area bit long legged considering the bones- which is a shame because I like them. Still the head detailing could be a goer on them.