Here we see Simon Forbes and Cezary Stulgis's brilliance turning my chair concept into something Santa can love.
I haven't seen the final one, but its so close.... I think Cez is responsible for the ornate carved heads, the temptation would be to do a budget chair devoid of details but I'm glad he couldn't help himself.
Posted by lach at 8:41 PM 2 comments:

Fun with Acrylics,- fun with Cintiq 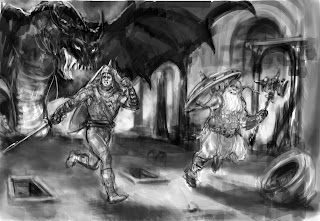 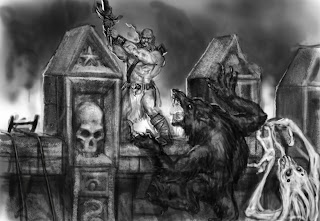 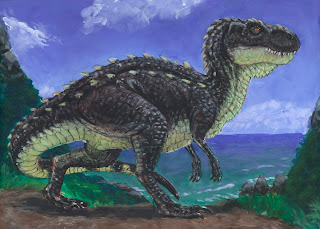 The two black and white images,- what are they about?
An allegory of taxation?
Er no, but lets just say that not only shit happens,- but art happens too.
Not to say the two are connected....well sometimes they are,- but hopefully not in this case.
The acrylic dinosaur is my attempt at doing something (quickly) in a prototypical attempt at a dinosaur image for kids. My son thought it was a 'scary dinosaur' but loves it all the same. Trouble is- how do we sell this without him noticing its gone(from his room?)
Answer- get a canvas print?
Posted by lach at 8:25 PM No comments: 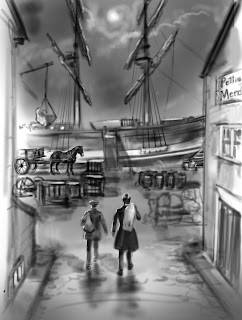 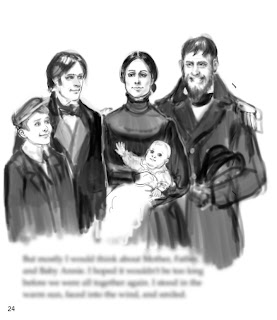 Here are a couple of the roughs from my job for Macmillan.
Posted by lach at 8:23 PM No comments: 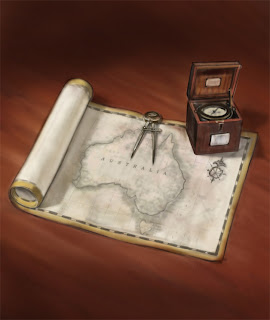 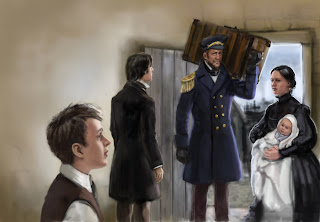 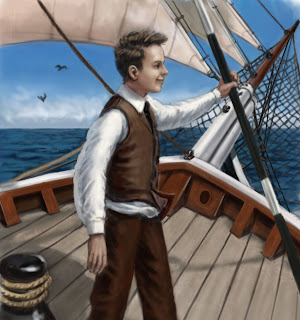 Here are a few more images from the educational book I was working on.
Again unfortunately there simply wasn't the time to do proper realised drawings of ships and their equipment and to fix/redraw things wholly from the roughs. So its the dream of a ship and the dream of a ships compass(in the same way as my gingerbread man and fox is the dream of afox and a piece of dancing gingerbread.)
Which is a shame but thats the reality of the time/money/quality thing.
Still its much more elaborate than I think they were expecting.
Posted by lach at 8:18 PM 3 comments: 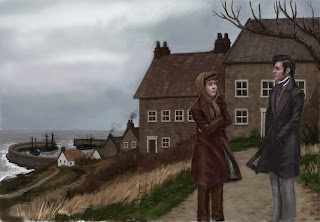 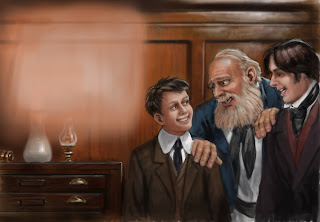 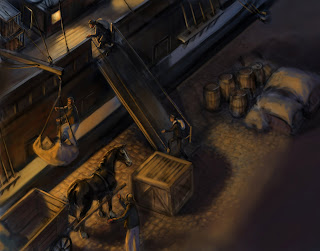 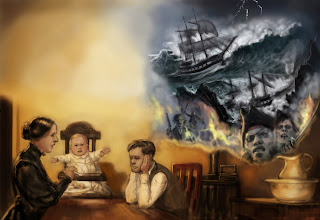 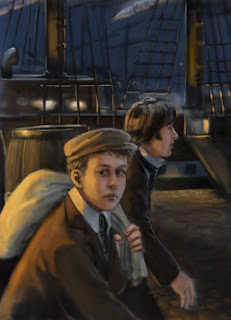 Here are a few images from the educational reader I've done for Macmillan.
The images aren't as refined and tight as I would like,- but in a way they had to be rough because to do highly polished realistic images would have been way over 'budget'.
Perhaps if I owned a copy of painter or used textured brushes or layered texture over the images to help bamboozle(the way they do) it might bind the brushstrokes together and sell the simplicity better. The faux perspective is a result of translating the roughs as is,-I fixed ones(not these) where it was noticably wrong. It would be nice to have proper time to do research and studies of everything beforehand,- mind you tall ships are hard to find in queensland.
Hopefully(more importantly) the feeling and the story is right despite all of that.
Posted by lach at 8:02 PM 2 comments:

Well I made it to that creative masters forum featuring Ron Cobb, and I very nearly didn't.
I was struck down by some sort of virus on the days before.
Simple pleasures like keeping your food down and not having to crawl back and forth between the bath and the toilet are often overlooked.
I made it in the end though.
I had imagined I might find a few familiar faces when I arrived(still ill) on the registration/ opening night- not so, and it seemed I was the only person from Queensland there.
There is nothing so depressing as free drinks and nibbles when you can't eat.
I think I recognised a few names from the DLF but couldn't remember where they worked(scott wilcox?)- (none of the name tags had who they were what they did).
Oddly enough though I found myself standing next to Ron while the wacom rep and others barraged him with questions.
Ron actually looks a lot like santa claus, minus the suit .....and his beard is a bit short and too neat...still.
Actually the questions people asked were like the small rocks that create an avalanche, and Ron was ful of interesting recollections etc. Far more interesting though is when you get him talking about the technology he's tried to imbue into his design(s), he really lights up and you can see how that excitement drives things artwise especially things to do with space.
I got my photo taken with Ron and a few others that night so who know where that might turn up.
I chatted to and hung out with Mark Woszczalski( who teaches and also runs Metaldog productions in rural NSW).
The name does sound like the one eyed green guy out of Monsters inc(but of course it wasn't), and I was compelled to joke about the street he works in ("Bong Bong St.").
We watched the documentary they had created for Ron(called a 'Ronologue' because once he starts talking....they basically just pointed a camera at him). Fortunately he's so interesting he could carry that sortof close camera scrutiny for 40 minutes. Then there was a short animation about a metal dog befriending a robot ('Tin Can Heart'). I didn't quite get it sadly- at least the significance of photos at the begining and end, but the texture on certain hero scenes and characters were very nice. in was only when they rescreening it the next day that I scrutinised it and saw all the rough edges/things they hope you won't notice. (Like texture mapping problems, animated geometry self intersecting, composited characters kind of floating WRT walking surface, texture/bumbs swimming). That said I can completely sympathise with this sort of thing slipping to final.
After I was lucky enough to share a cab (and not pay) back toward my hotel, and escape the Arctic weather of Sydney(and the desolation of fox studios precinct on a monday night.).
The next morning I had coffee and breakfast with Mark and of all people Ron Cobb- we all turned up at the same cafe. That morning and for quite a bit at the closing drinks was spent talking/listening to him.
One of the things he said was that he felt he'd bluffed his way through everything,( ie people had faith in him and appointed him in various roles although he had no prior experience or qualification.).Some of the things he talked about in the presentation were his involvement in Alien, Conan, The Last Starfighter,The Abyss, Star Wars and how he didn't end up directing a film that eventually became ET(actually the thing he was going to do and ET were chalk and cheese really).
Funnily enough while he was talking about the Et saga on one of his Starwars cantina images- lo and behold the spitting image of ET's face on one of his cantina guys.
Speaking of spitting images I met Frantz Kantor that day too. He was sitting a row in front of me and looks like John Hurt, and so i was wondering if Ron(having worked on Alien) would remark on it.
It was only during the drinks that afternoon that I found some other concept artists(I'd been sitting at then conference all day - and from the questions various audience members were asking I could tell that they weren't concept artists). They were from animal logic, one of them was a fellow Queenslander- Brad Greenwood (who apparently knew Pete Mullins and the like).
They didn't know me but they knew the job I'd left as some of them had tried to apply for it- funny that.
So there you go.
Also looking at someof Ron's drawings as he brought them out- the Last Starfighter drawing looked vey much in pencil style like Mr Matt Brady.
Posted by lach at 5:54 PM No comments: