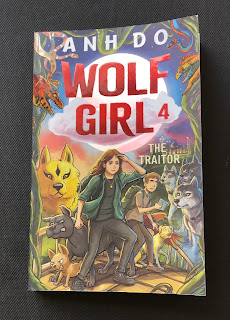 Another in the series- illos by me.

A bit dark again- but in the story a lot of stuff happens at night or by day in dark rooms
hard to avoid....oh well the next one will be lighter.
I think also on a shade scale of 1 to 10 it prints at least 2 darker than what it was- so I'll try to get it right this time on the book I'm working on.
3rd time lucky as they say.

*edit* actually had another look in daylight and the darkness wasn't so bad....
hmmm,
ah well next one is lighter location wise anyway

Also a few image positioning head shakers- mainly because I went to a huge amount of effort to make the final images so they'd fit exactly the way/in the spacing of the layout of the roughs I got back only to find they'd been changed and shifted in the final book.
At least though the line thickness was fairly consistent this time- I think in all previous books some illos that were meant to be spreads became half pagers and some half pagers made spreads, whereas at least this time the rescaling after the fact wasn't so great.

I think in my younger years I would have gone to great trouble to imitate Jeremy Leys style, however in my old age I tried to get the characters right in my style- or at least pick a version that Jeremy did of the characters and try to do that do close to that...I say that because over the process of learning to draw the characters- and this goes for Jeremys illo theres a bit of shifting and variation goes on- sort of chinese whispers as you draw them without a model sheet done.
Actually I probably need to do a model sheet for my own sake, was sort of surprised one didn't exist...but anyway....
Jeremys illos were very actiony and fish eye lense/exaggerated perspective- which I understand why
but more stylised and cartoony
whereas mine are a bit more 'realistic' I guess (esp in terms of the dogs leg anatomy for example)
But probably too much so (realistic)- too much detail - I guess because if it were a book I'd buy I love poring over the illustrations
but in such a small page space it seems you can only have 3 real hero elements/foreground characters for readability
- but thats a problem when its a gang of 6.
- maybe I'll dial that back a bit
and try to keep an eye on the readability

expressions are good though- its been a couple of months since I'd finished it so looking at it just now I surprised myself by laughing at some of the expressions I'd given the dogs.
so I guess that's good