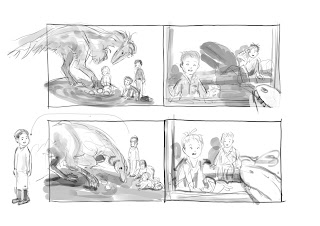 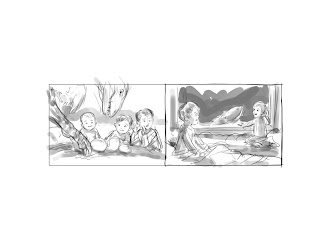 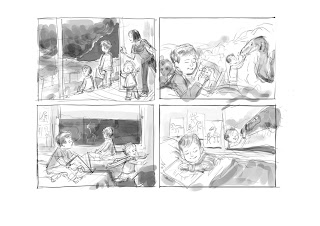 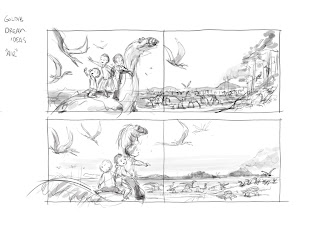 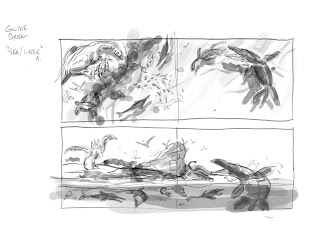 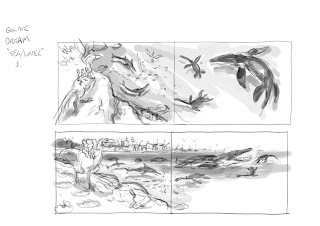 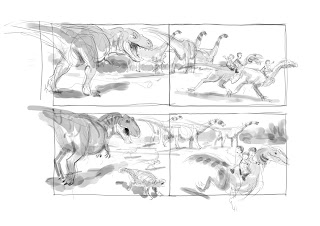 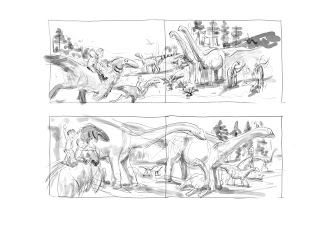 Looks like the core story I was going to use for my dinosaur book is going to be swapped for a more adventure in dinosaurland type excursion- which I don't mind- I'll still do the Goldie idea as separate, I guess this way theres more dinosaurs in it. Hachette were keen on the riding around dino-times aspect- whereas this was just a dream in the other more 'realistic' other story. So in the new story we go back in time in a way- which as a rule I don't like the idea of, but I thought of some things to make it more self consistent fantasy and less sucky. I signed the contract at last a few weeks back and just this weekend past it suddenly felt real....so expect a lot of dinosaurs in the next month.
Above are some of the initial rough thumbnails around te dream bit - some of which contain elements to be used in the new story
Posted by lach at 5:00 AM